Terere's Padawan: the Rise of a BJJ Prodigy 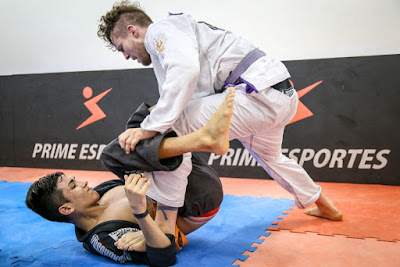 Special feature written by Terere's student Andrew Morris, aka Moz, who spent a year training in the mecca of Jiu Jitsu living it up favela style in the Cantagalo community alongside his hero, Fernando Terere. Read more from Moz on his blog Tales from Deep Half.

After spending an entire year training at Terere's Academy in Ipanema, Rio, I felt very much part of the family. It had been a pleasure to train each day with the children and teens of the social project as well as my adult counterparts. So returning after a nine month absence I couldn't wait to get on the mats and see the maturation of these young athletes. What I wasn't prepared for, was spending an inordinate amount of time trying to kill one of them.

Terere’s social project has a Jiu-Jitsu protégé, Jhonathan Marques or 'Moricano' (mohawk) as he is affectionately known to his team mates and any unfortunate gringo who happens to visit the FT academy. He is a fourteen year old orange belt who lives with his Mum and sister in the Pavao section of the Cantagalo favela. The same community which raised his mentor and mestre, Fernando Terere as well as many other stars of the sport including Jackson Sousa and Alan Finfou and Bruno Matias. 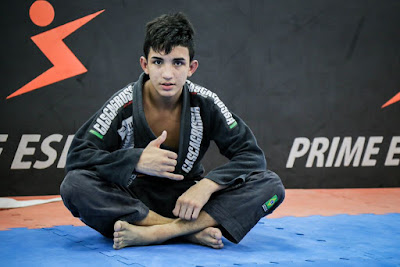 During my first stint at the academy Moricano stood out as a young, hard working yellow belt who already possessed a ridiculously difficult Miyao brothers-esque guard. His guard retrieval was awesome and I used to love trying to pass this tricky guard using the appropriate amount of pressure for a twelve year old who weighs sixty kilos.

My first night back, I was straight on the mats to witness him obliterate competition level blue belts as well giving purple and brown belts a torrid time. I wasn't able to roll with my young friend that night and due to a competition at the weekend (which he won), I had to wait until Monday to try to test his game. After seeing how devastating his game had become, my weekend was spent wisely discussing with prior victims how to pass this guard. Admittedly, I spent far too much time over those two days fathoming the game of a fourteen year old and how I planned to kill it. 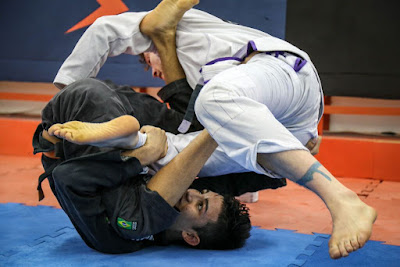 When Monday came, I was primed and ready to go. I was then more than elated when I passed his guard to the cheers of onlookers in the academy. With the awareness he was essentially a child, I resisted the urge to jump up and bust out my victory dance. However the balance was truly restored when I spent the next five minutes trying to desperately avoid being swept in his Rubix Cube like guard game. Then the inevitable occurred in the last 20 seconds, as I posted to defend a sweep the little dude arm-barred me. 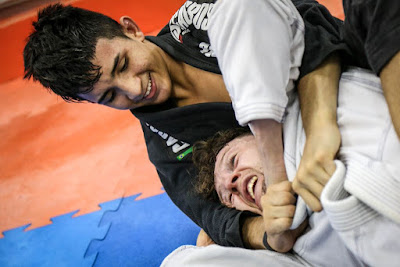 Whilst writing this, I worked out that I had rolled with him six times, each round lasting seven minutes, so that is forty two minutes of combined mat time. During that entire time, I have passed his guard on that sole occasion.

Going back to that 'appropriate amount of pressure' I mentioned previously, that has not factored in at all. Each time we roll, I literally attempt to kill him, using every single bit of pressure I can amass but to no avail! He is unquestionably a phenom with an outstanding all-around game that doesn’t simply rely on this devastating guard, which he explains originates from studiously pouring over the game's of the Mendes Brothers and Keenan Cornelius. He has rapid fire submissions coupled with tenacious passing which he has achieved by studying another of his favourite competitors Leandro Lo. 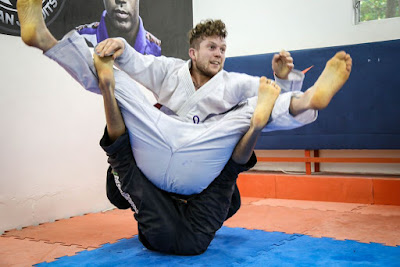 Moricano is a shining example of the incredible, transformative program at the FT Academy. He came up through the children's program before training in the adults class. Furthermore he balances full-time schooling with a full-time commitment to Jiu-Jitsu. This hard-work has paid dividends as he has amassed an awesome amount of medals. This past April, he traveled to Sao Paulo and became a Brazilian Nation Champion at the IBJJF Brazilian Nationals which is one of the most prestigious competitions in the Jiu-Jitsu calender. This is in addition to a whole host of other titles including back to back victories in the last two weekends in the the FJJD Mineirio & CBJJO Mundials respectively.

The perils of the favela and the street life which tempts so many of its youth is not something which is a concern for Moricano. He sees his future as traveling the world competing in Jiu-Jitsu, his ultimate goal is to become a world champion. As well as one day settling down in his own academy. As a good looking and successful young dude, the only thing I could see standing in his way is the allure of the opposite sex. However when I questioned him on this, he reassured me that he was in a committed relationship with Jiu-Jitsu, this might be the best answer I have received for any question ever! 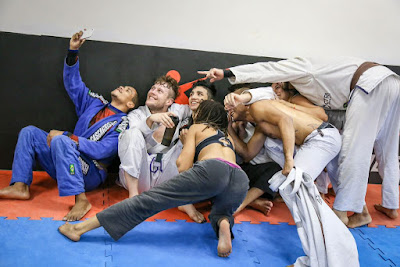