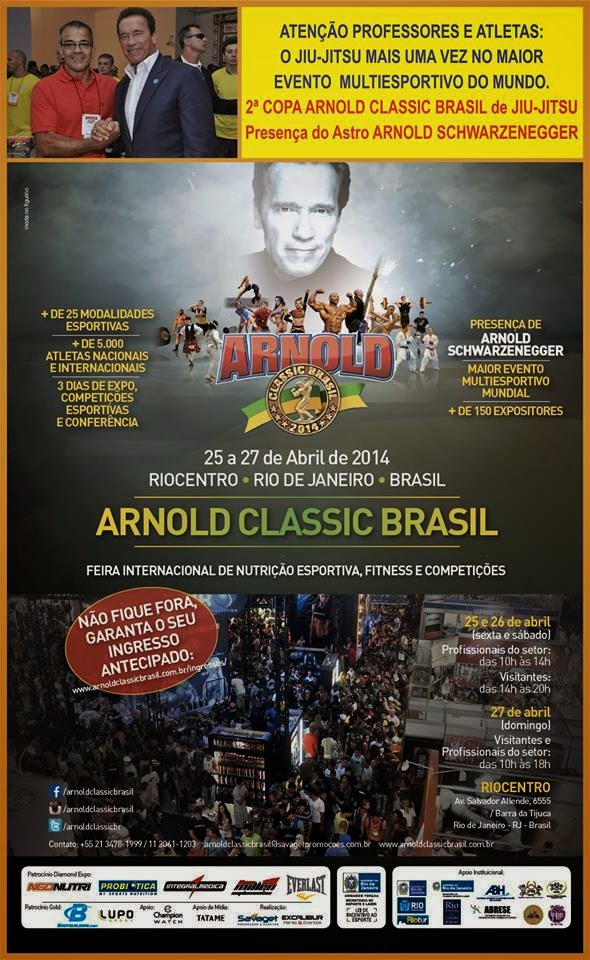 The FT team is gearing up and getting ready to compete in the 2nd Arnold Classic tournament on the 26th of April. The Arnold Classic multisport show features all sorts of competitions including bodybuilding, capoeira, and even arm wrestling. For the past two years they have hosted a Jiu Jitsu tournament inside of th Rio Convention Center which attracts athletes from all over the state of Rio de Janeiro. This year the FT team is proud to represent with over twelve athletes, both children and adults that will be participating in the event.


Visit from the UK 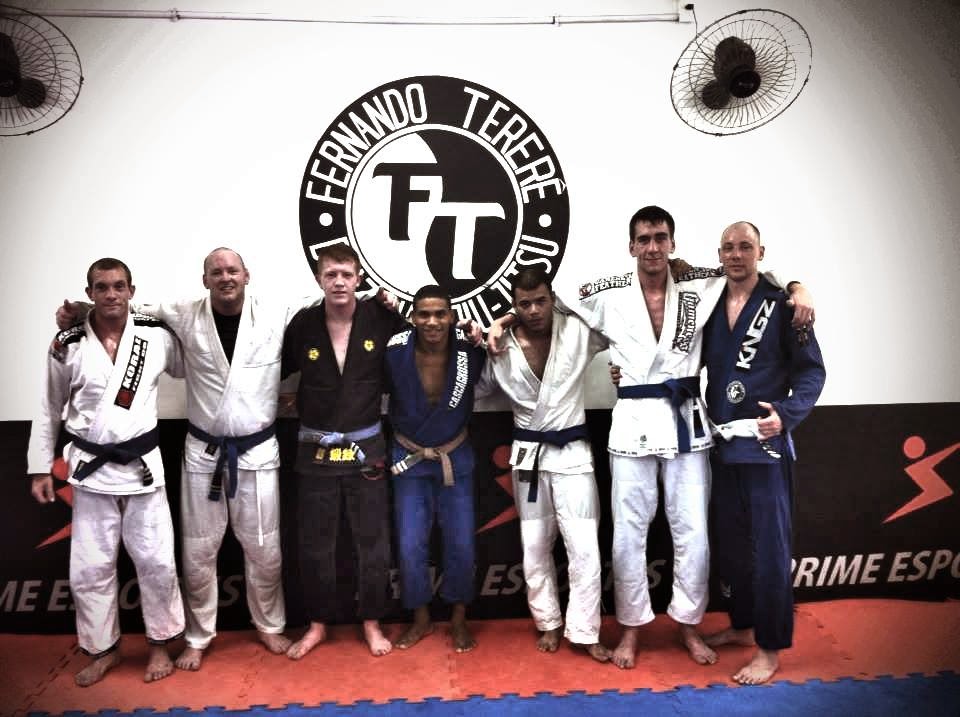 Over the past week we have also had the pleasure to host athletes from Phoenix MMA, our England associate run by brown belt and outstanding athlete Jimmy Johnson. Jimmy arrived with 8 athletes that came to enjoy the Jiu Jitsu lifestyle here in Rio de Janeiro. During their stay they plan taking advantage of their time in Brazil by visiting several BJJ gyms and scheduling several private lessons with top black and brown belts here in Rio.

In between training sessions they also visited the normal tourist attractions likes Pão de Açúcar (sugarloaf mountain) and Cristo Redentor (Christ the Redeemer). On Saturday, they even had the pleasure of attending a churrasco (BBQ) in the Cantagalo community where Terere grew up. After the BBQ they visited Terere's house and received a warm welcome from the parents of the 6X World Champion. 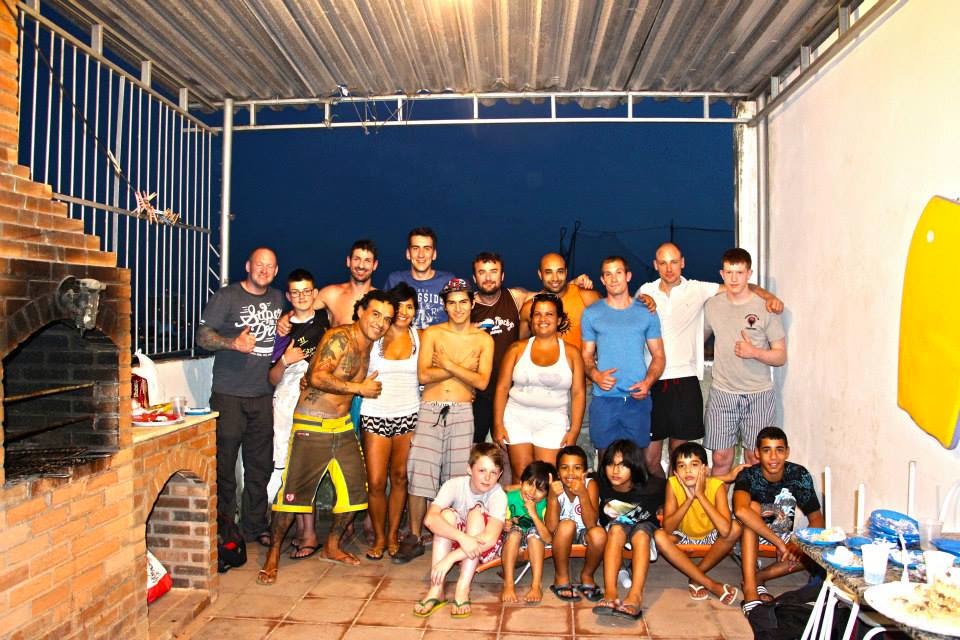 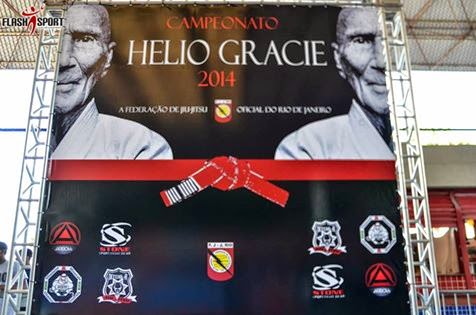 Over the weekend of April 5-6th, four athletes from the FT team made their way to the Governor's Island in Rio de Janeiro to take part in Copa Helio Gracie. The long bus ride to reach the island was well worth the results.

Diego Fuentes, the only juvenile representing the FT team, had one fight as an orange belt. He was able to secure an armbar just as the time ran out leaving him with a victory via points.


Two purple belts from the team also went to compete on Saturday, one bringing home the gold in the Masters division after two fights. The second, Renan Gabriel bought home silver in his first competition after receiving his purple last month. 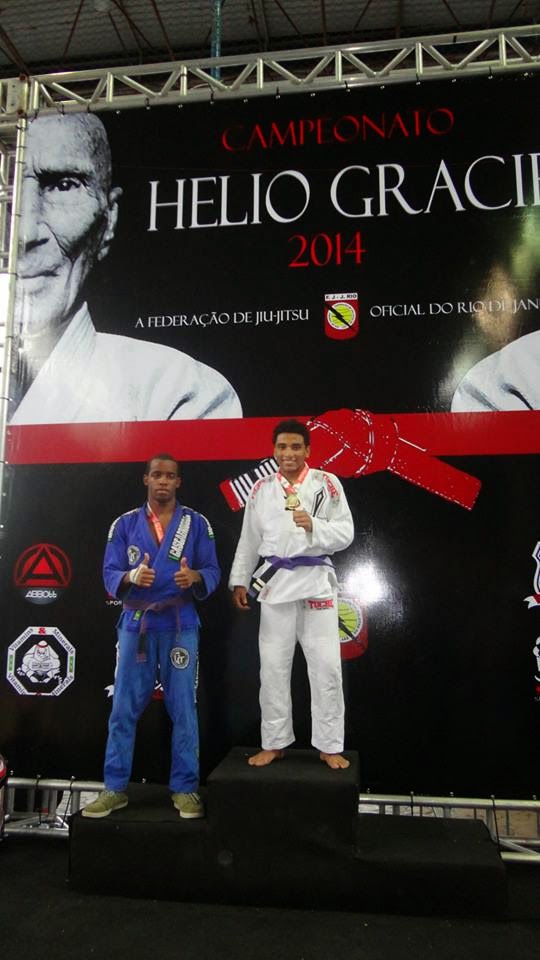 The last competitor from the FT team, Nico Ball, competed on Sunday. She had three fights, winning all of them by submission in order to bring home another gold medal. After only 8 months training Brazilian Jiu Jitsu (7 months here in Brazil) she is now the proud owner of 6 gold medals and 2 silver medals.

Upcoming Events
In the upcoming months the FT team will be sending 2 athletes to Sao Paulo to compete in IBJJF Brazilian Nationals that will take place May 1-4. We wish them the best of luck as they compete against the top athletes here in Brazil.

The next IBJJF tournament will be July 31st through August 4th. We are currently compiling a team of both adult and youth competitors to enter into the tournament. Many of the kids are excited about the opportunity to compete in an IBJJF for the first time and are starting to fundraise in order to cover the costs of the tournament. Those interested in sponsoring an athlete can contact our secretary Sue via email.
No comments: