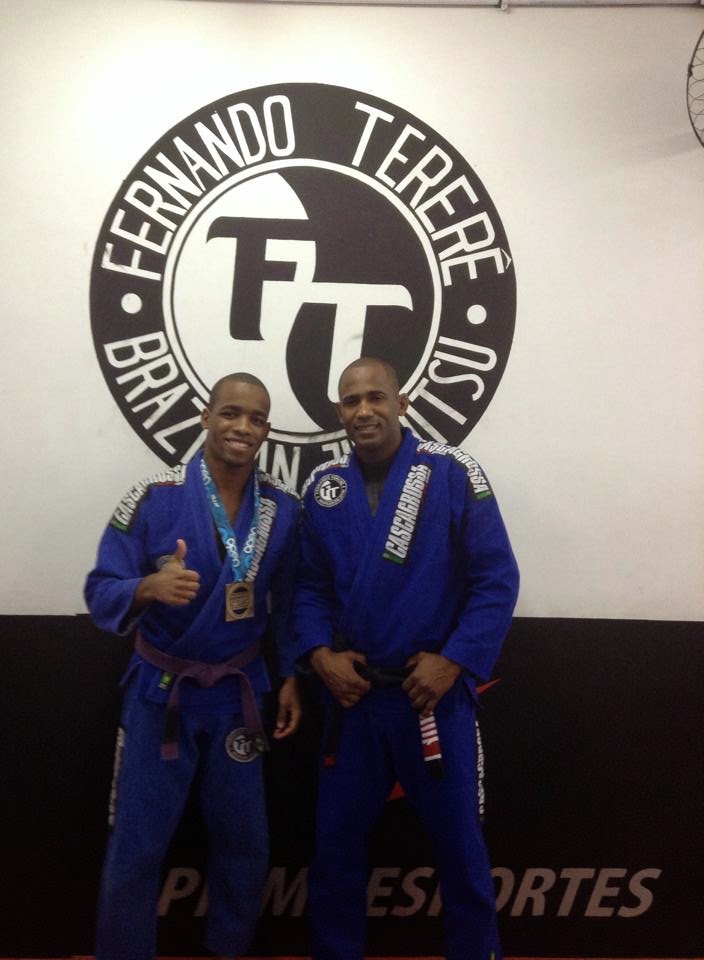 
One of Renans fights from Rio Open

Sao Paulo Open
With only a little over a month left here in Brazil Mos, our resident gringo, hopped in the car and headed to Sao Paulo and Mestre Terere for a road trip to Sao Paulo. Mos competed Saturday and Sunday, tackling two tough divisions in both Gi and NoGi. Saturday Gi division did not bring the desired results, but in the true cascagrossa* spirit, Mos stepped back onto the mats determined to bring some medal back to Rio with him. 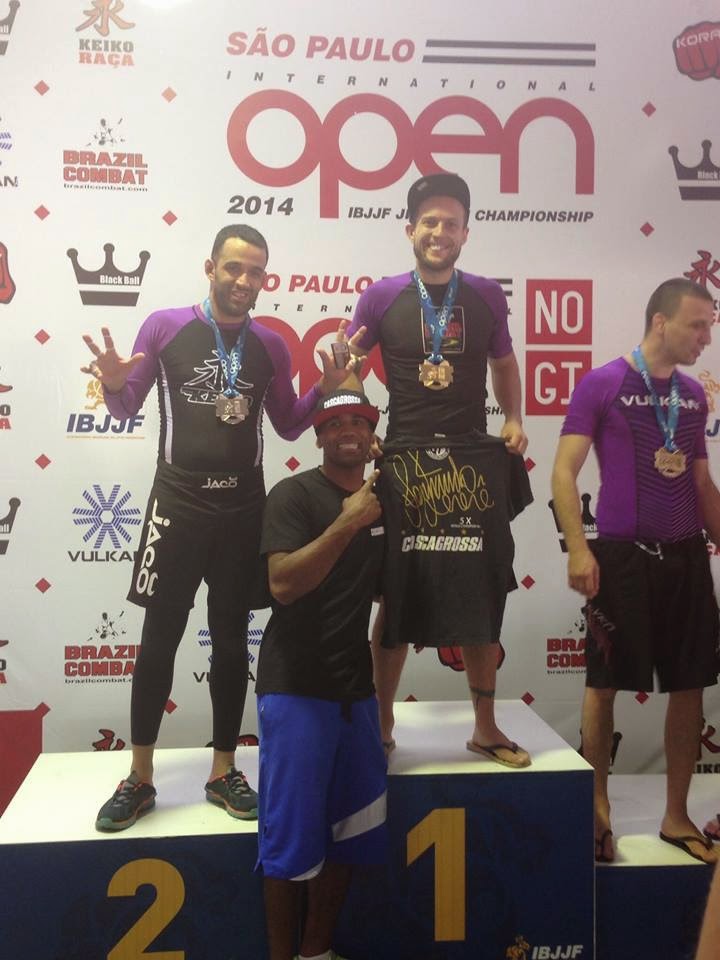 And he did....
He stepped off the mats victorious with two fights and two finishes and a elated Terere cheering him on.

*Casscagrossa: literally translated means hard shell. It is a term commonly used in the BJJ community to for someone that is persistent, who never gives in, who is resistent, and who is hard to be defeated. 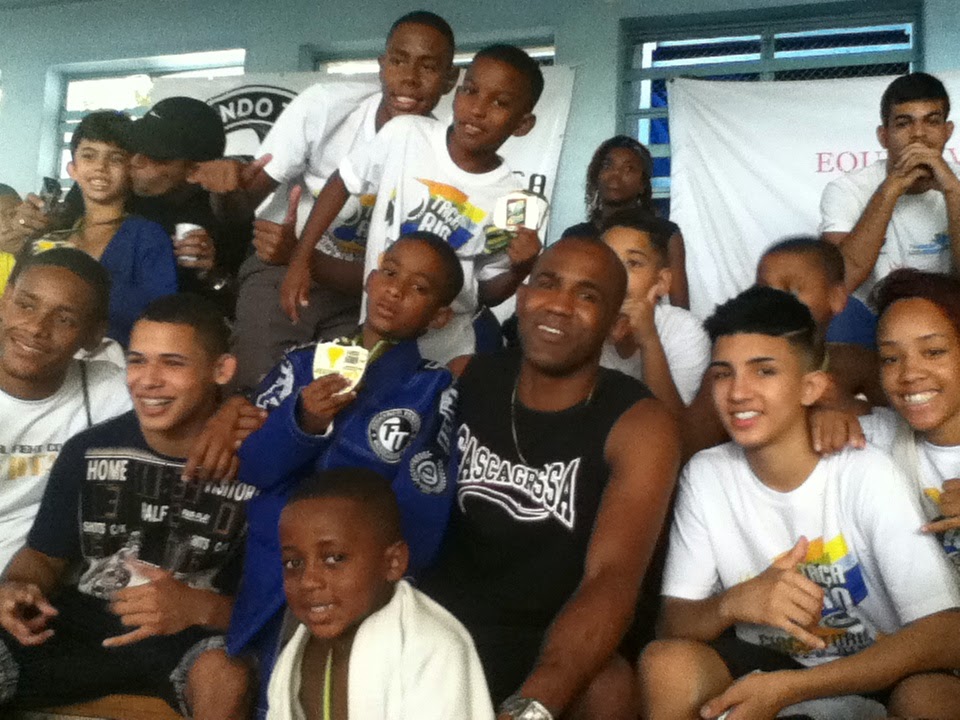 As we go down the list of competitions, we also go down in size. The FT kids team from the Fernando Terere social project compited the weekend of the August 16th in the 4th ranking competition for FJJD Rio. The project received sponsorship for 12 athletes who in turn brought home 10 medals. This wouldn't have been possible if it wasn't for the donations sent from supporters of the academy that covered the competition. If interested in sponsoring an athlete from FT academy and lending a hand to help the kids of the Cantagalo community please contact the academy or donate via PayPal.

Meet some
Athletes from the Cantagalo Community
There are not many females that train at Academy Fernando Terere, but sponsored athlete Daniele Silva doesn't let that stop her from getting in some serious training. While most girls spend their time gossiping on the street and doing their hair and nails, Daniele is working on berimbolos and balloon sweeps. As a female in a male dominated sport, Daniele often has trouble finding girls in her division, but this time around that was not the case. Daniele won her first fight in the FJJD Rio Brasileiros via Armbar. Unfortunately, she faced the same girl in the finals and lost a tough fight on points. 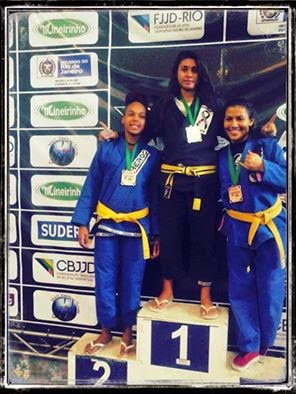 Daniele on the podium this at FJJD Rio
Brasileiros

Vinicius is one of the new athletes on the FT team, but we are happy to have him here at the academy. Vinicuis is both deaf and mute, but he does not let that come in between him and his love for Jiu Jitsu. Although he is only 15, Vinicuis trains 2-3 times a day attending both children's and adult classes which has allowed him to develop quite a BJJ game. His unique style of Jiu Jitsu proved to be very effective on the mats in his first tournament as a white belt! 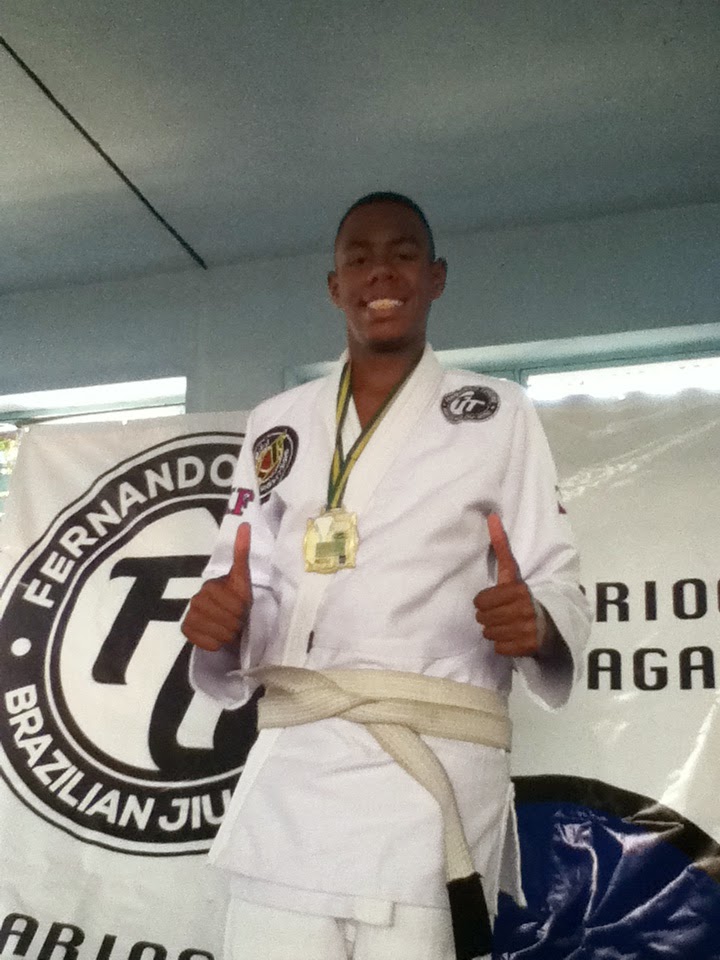 Stay tuned to Tererebjj to get updates on the rest of the FT team.
We are currently gearing up to compete in the 5th ranking competition, where awards for individual rankings will be distributed. In addition FJJD Rio, some of our older athletes are also raising money to compete in SJJSAF South American Open a new international federation recently established this year.