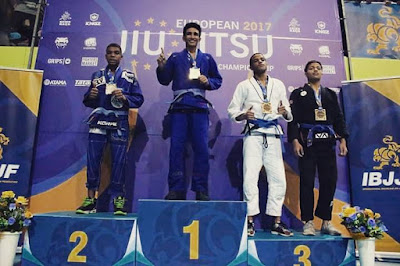 As many of you probably know, we were able to sponsor Jhonathan Marques (Moicano) to travel to Lisbon to compete in IBJJF 2017 Europeans. Unfortunately, we had an issue with securing a plane ticket for Fabricio Silva, a black belt instructor from the project that was supposed to travel alongside Moicano.

Adjusting to the cold for the first time.
Moicano won gold after three tough fights. Jhonathan recently received his blue belt in December and aged into the new division this January so this was his first time competing out of the kids divisions. In the final he faced against Jansen Gomes, another athlete from the Cantagalo Favela. 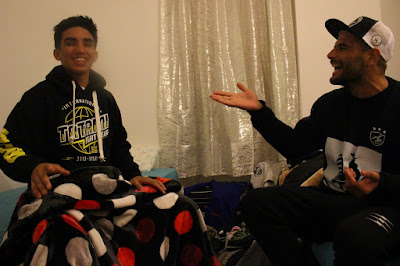 Thank you to everyone that helped bring this trip to fruition. A special thanks to Thomas Ozaryun for making sure Moicano was on point and ready to fight and showing him a good time in Lisbon.

Next up, we will be sponsoring Caio Marques, who will compete in IBJJF Belo Horizonte Open that will take place in early March. 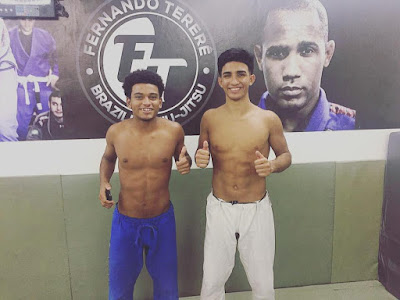 Moicano and Caio training together at the academy. Caio is also
would like to travel to the U.S. and compete in IBJJF World's alongside
Moicano this year.

Live From Lisbon
Moicano and Mastwo in Portugal