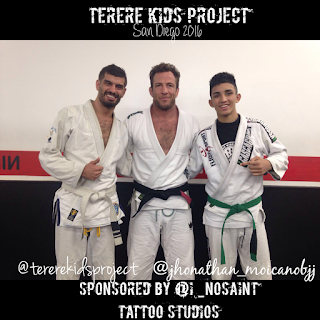 The trip was the result of a lot of hard work both on and off of the mats. As many Brazilian athletes know, acquiring an American visa is no easy task. After paying US$250 each, both Moicano and his chaperone were denied their visas. Both of them were able to raise the funds to reapply, but unfortunately, Moicano's sponsor was denied again for the SECOND time despite having correctly completed the paperwork and paid for an agency to help file.

With only a week before the competition, 14 year old Moicano had his visa, but no one to travel with him. At the last minute Alister, a good friend and native of San Diego stepped in and offered travel with Moicano, let him stay with his and his family, and accompany him to the tournament.

So with only a few days till the tournament, Pedro Bessa, A friend of Terere's that lives in England, purchased plane tickets for both Moicano and Alister to head to the 2016 Pan Kids. 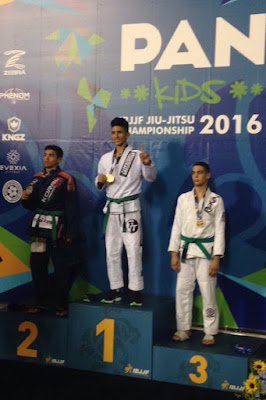 All of his hard work and dedication paid off! Moicano won his first two fights via submission (choke) and then went on to win in the finals via points (2-0) making him the 2016 Pan Kids Champion.

The rest of us from Terere Kids Project were able to stream the fights live in the Cantagalo favela thanks to Flograppling.com!

This will hopefully be the first trip abroad for many of our FT students! Next year we hope to return to Pan Kids with more athletes! 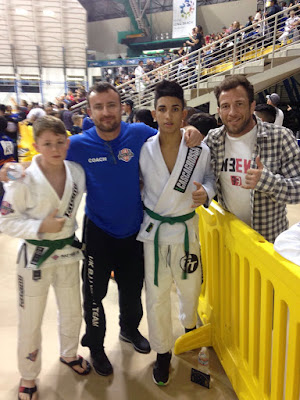 Moicano and Telles meeting with Jimmy Johnson owner of our FT affiliate in England. 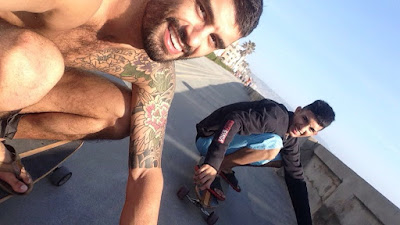 Longboarding in San Diego to relax before competing on Sunday.
We'd like to thank everyone that sent support to Terere Kids Project in order to make this dream come true.