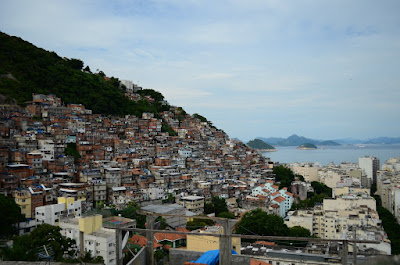 There was a point in the early days of the project where a local ranking competition would come up and naturally, our kids would want to compete. Terere would ask with a certain degree of hesitation if we would be able to sponsor 7-10 kids.

Local competitions cost about 15-20 dollars per kid, an expense that Terere would put up out of his own money to sponsor a few kids every now and then. 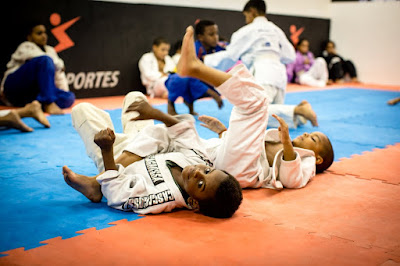 Almost everything in the academy comes straight from Terere. He has never been a selfish person, in fact, selflessness seems to be one of the most salient characteristics of people from the favela. They have nothing, but they will give you the little that they can to make you feel welcome. 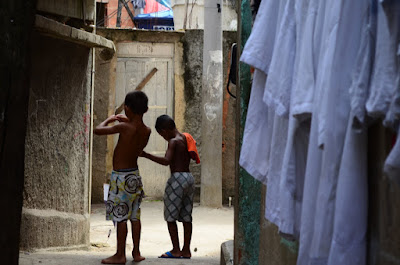 It’s the spirit of overwhelming solidarity of the projects unique form of favela jiu-jitsu that attracts so many “gringos” or foreigners to come and train at the project despite the lackluster facilities that major gyms like alliance and De la Riva have that cater to the influx of international athletes. 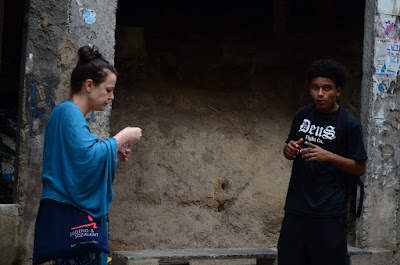 Sponsored athlete Caio helping out with a favela tour

It was the visitor’s willingness to contribute to the cause that paved the foundation for Terere Kids Project. Faith and Facebook got the project through the first tumultuous years of formation.

Facebook posts got us money for snacks from France, Kimonos from California, and registration fees from Wales.

Now three years after the inception of Terere Kids Project, we don’t just sponsor athletes for local competitions, we are giving kids an opportunity to travel and compete in major national and international competitions.

In 2015 we sent Jhonathan Marques to California along with Alister Shirazi to compete in Pan kids. The project was able to sponsor his passport, visa, flight, and registration thanks to the support sent by jiu jitsu enthusiasts.

This year Jhonathan was able to travel to Portugal to compete in IBJJF Europeans and from there he traveled to the U.S.  to spend 6 months with the Mendes brothers. Fabricio Silva, Terere’s cousin and the teacher of the kid’s class at the project was also supposed to compete in Europeans but at the last minute, he had a problem with his plane ticket. 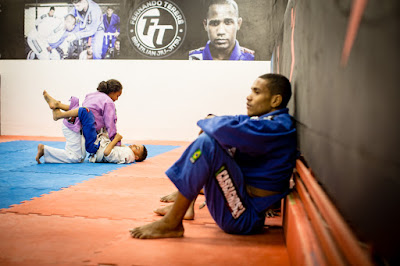 It was definitely upsetting when Fabricio wasn’t able to make it to Portugal. It would have been his first time leaving the country and the second time the project was able to sponsor an international trip.

Caio, Fabricio, Walter, and Faby
4 of the 6 athletes that will be competing in Brazilian Nationals
A few weeks later, Terere decided he wanted to send Fabricio AND Walter to London to compete in UAEJJ Grandslam. He was able to get tickets from a friend and the project was able to pay for their registration through the sale of the new Projects for Life t-shirts. 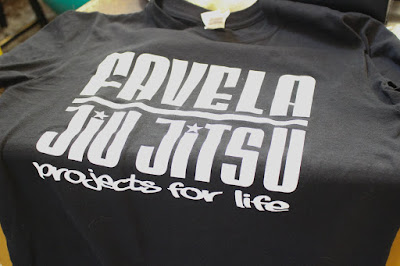 In March, Fabricio and Walter will travel outside of Brazil for the first time thanks to the support sent to the project from all over the world. Taking a prior trip outside of the country will hopefully make it easier for them to apply for American visas so that they can potentially compete in IBJJF Worlds in California.

Next on the agenda is IBJJF Brazilian Nationals. The project is now starting a campaign to raise funds to sponsor 4-6 athletes to travel to Sao Paulo compete. 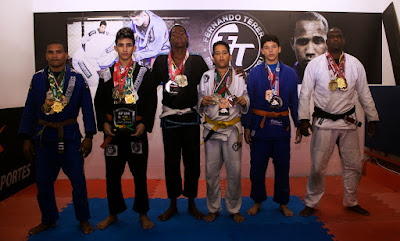 The kids taking pictures of their medals for their profiles in a
dark gym because the power went out at the Project.

To help contribute you can send donations via PayPal to TerereKidsProject@gmail.com or you can purchase a Favela Jiu Jitsu Projects for Life t-shirt. Proceeds from shirt sales not only fund project expenses, it also our new initiative to teach kids how to fundraise and other creative ways to finance their upcoming competitions.
No comments: