Get Sponsored in BJJ 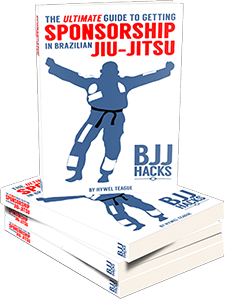 Get Sponsored in BJJ is an Ebook recently released by HT, founder of BJJ Hacks. Its a step by step guide that can show even lowly white belts how to approach companies and get sponsorships.


What’s Inside The Book?

You’ll find a ton of great info including how to use your existing social media to convince sponsors to back you, the surefire method of persuading people to give you money for training and competing, and much more. 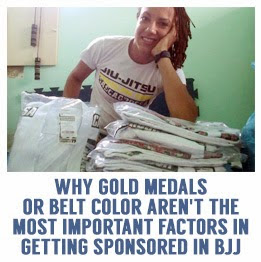 ALSO you’ll hear directly from brands such as Shoyoroll, Q5 supplements and Meerkatsu about what they look for in a sponsored athletes. And we’ve included interviews with NINE sponsored grapplers from blue to black belt where they share their stories of success and advice for getting sponsored.

Who wrote the book? 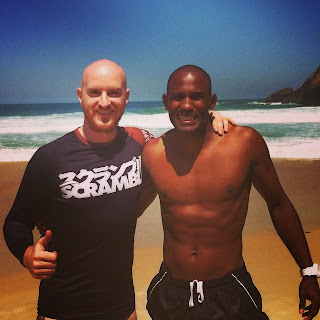 Author Hywel Teague (HT), the driving force behind jiu-jitsu video makers BJJ Hacks, knows a thing or two about getting sponsorship. He’s not even a competitor, yet he counts three top brands as his own personal sponsors with even more helping him out along the way with everything from free gear to supplements and even travel expenses.

HT spent a fair amount of time hanging around the Cantagalo Favela and Terere Kids Project when he filmed his mini-series on Terere. Since he's a resident of Ipanema, and only lives a few blocks from the social project, he often stops by the academy to roll or donate kimonos to the cause.

Check out some of the videos he did on Mestre Terere.